The Science of
Wealth & Success

hroughout history people have pondered the meaning of, and the means to, achieve success and riches in life.

Startling as it may seem to many whose perspective of the world and reality extends no further than the day they were born and their own life experience, not only are the questions as age-old as humankind itself, but many of the answers are as well – and remain just as pertinent and valid today as they were to those who first discovered and wrote of them.

In the early 1900’s, success writer Wallace D. Wattles developed several principles of success, which he referred to as “Constructive Science”. 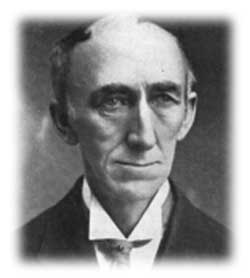 Wattle’s observed that there are two distinct principles in nature:

To master the secret of all attainment (achievement), Wattles observed that it is critical to “learn how to make every thought and action Constructive”.

The secret of all achievement then, the secret of Prosperity, can then be reduced to one easy-to-understand, easy-to-remember formula:

And so what is Success?  Wattles defined this simply as well – Getting What You Want.

Destructive Thought + Destructive Action = Failure (Scarcity, or the opposite of Prosperity and Abundance)

So here’s the bottom line:

Now it is true that most constructive actions you take will involve some destructive elements.

For example, to build a house you will need to cut down a certain number of trees.  To make an omelet you will need to break a few eggs … and so on.  Even thinking a new thought may require the destruction of a previously-held bias or belief.

If the majority of your thoughts and actions are Destructive, you will fail – and your life will be filled with scarcity and want.

You might want to think of this in terms of “karma”, or the spiritual principle of cause and effect.

Say for example that you want a better view out your window,  one filled with trees and grass and wild animals playing.  However your window view now is obstructed by your neighbors house.

Obtaining a better view then might necessitate tearing down (destroying) your neighbors house, so that  you can replace it (build) with gardens, trees, and free-ranging animals.

A Destructive approach might be to chase your neighbor out of his house and off his property (or to get someone else or others acting as government to do it for you) and then bulldoze the house to plant your gardens, but this action while it might deliver what YOU want, is still a net Destructive plan as it deprives your neighbor of his home (NOT what he wanted). This net Destructive outcome would result in bad karma.

An action which would more likely result in a net Constructive outcome (and good karma), would be to negotiate a mutually satisfactory price to purchase your neighbors home (so that he can build or buy a better house elsewhere).

If both you and your neighbor are happy with the end result (each of you getting what they want), then the action can be said to by a net Constructive success.

Another option would be for you to sell your house and to find a plot of land large enough for your desired house and view, buy it, clear the land to build your house, and plant your gardens.