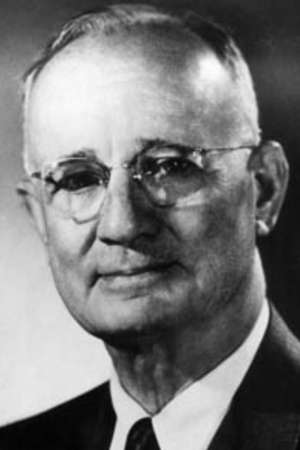 Napoleon Hill (October 26, 1883 – November 8, 1970) born Oliver Napoleon Hill was an American author, lecturer, and philosopher reflective of the New Thought movement and one of the most widely known early authors in the personal success field, having influenced the teachings of hundreds of success mentors and business leaders through to the current day.

Hill is widely considered to be one of the great writers on success.  His most famous work Think and Grow Rich was first published in 1937 and in continuous print worldwide in dozens of languages is easily one of the top best-selling books of all time, having at recent estimates sold well over 80 million copies since its first publication.

Hill’s works examine the power of personal beliefs, and the role they play in personal success. “Anything the mind can conceive and believe, it can achieve” is one of Hill’s hallmark expressions.  How achievement occurs in one’s life, and a formula for achievement and success that places it within reach of the average person, were the focus of Hill’s many books, publications, radio series, TV series, and lectures.

Napoleon Hill was born on October 26, 2883 in a one-room cabin near the Applachian town of Pound, in Southwest Virginia. His mother Sarah died when he as nine years old. His father remarried two years later to Martha Ramey, who became young Napoleon’s champion, inspiration, and guiding light.

An unruly and aggressive child in a poor region known for – as Hill would later say –  “ignorance, corn liquor, and fueds,” Napoleon’s stepmother – the widow of a school principal – convinced Hill to set aside the six-shooters he had inherited from an uncle, in exchange for a typewriter that she purchased to inspire him to write.

At the age of 13 Napoleon began writing as a “mountain reporter” for small-town newspapers in the area of Wise County, Virginia. He later used his earnings to enter law school, but soon had to withdraw for financial reasons. 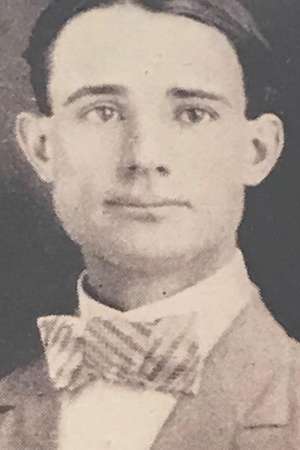 In 1908 Napoleon received an assignment to write a series of articles about famous and successful men for Bob Taylor’s Magazine (a magazine publisher, Bob Taylor was also a 3-term Governor of Tennessee, and one of Tennessee’s U.S. Senators from 1907 to 1912). As part of his assignment, his publisher arranged for him to interview the industrialist and philanthropist Andrew Carnegie – at the time one of the wealthiest and most successful men in the world.

Carnegie believed that the process of success could be outlined into a simple formula for success that anyone could understand and achieve. Impressed with Hill, Carnegie challenged him to research and assemble this outline to the principles of personal achievement.

Without pay or subsidy, Hill accepted the challenge. In turn, Carnegie provided him with personal introductions to many of the most successful and influential men of the day, including businessmen, industrialists, inventors, and politicians.

Ultimately, Hill reported that he interviewed over 500 of the richest and most powerful men in America over a period of 20 years. In the acknowledgements of his first multi-volume work in 1928 the Law of Success, Hill listed 45 of those individuals he studied, “The majority at close range, in person,” three of whom the book set was dedicated: Andrew Carnegie, Henry Ford, and Edwin C. Barnes (an associate of Thomas Edison).

According to Ralston University Press, publishers of the Law of Success, endorsements for the publication were sent by a number of those who Hill interviewed, including William H. Taft, Cyrus H.K. Curtis, Thomas Edison, Luther Burbank, E.M. Statler, Edward W. Bik, and John D. Rockefeller.

The Philosophy of Achievement

Although his first manuscript was largely complete by 1925, The result of Hill’s research was published in 1928 as The Law of Success, a 8-volume set and home-study course encompassing 16 lessons or principles.

Hill came to call his personal success teachings as “The Philosophy of Personal Achievement”.  After his 1928 publication of “The Law of Success”, the Achievement formula was further detailed and published in home-study course formats, including the 17-volume “Mental Dynamite” series, until 1941.

Hill considered freedom, democracy, capitalism, and harmony to be important elements to his philosophy of achievement, and throughout his writings he emphasized that without these foundations on which to build, successful personal achievements were not possible.

Hill contrasted his philosophy with others and considered the Achievement Philosophy to be superior. He felt it to be responsible for the success and progress Americans enjoyed for the better part of two centuries. Negative emotions such as fear and selfishness had no part to play in his philosophy, other than as characteristics to be avoided. Hill considered such emotions to be a primary cause of failure for unsuccessful people.

Hill presented the idea of a “Definite Major Purpose” as key the Achievement Philosophy. According to Hill, as many as 98% of people have few or no firm beliefs, and are thus directionless with true success forever out of their reach.

Hill constantly teased the one key “secret” of achievement and success. Hill felt readers would benefit most if they discovered the secret for themselves. Thus most readers of Hill’s books including Think and Grow Rich feel that he never explicitly identifies what the “secret” is.

Although money, the accumulation of great wealth, and a clear vision and burning, obsessive desire for such are mentioned throughout most of Hill’s writings, it seems clear that this desire for material gain and wealth is Hill’s “hook” for drawing the reader into a study of the full scope of the Philosophy of Achievement, which encompasses a great deal more than simply the acquisition of material wealth.

After first retiring in 1950, Hill was encouraged to continue his work by Combined Insurance Company founder and CEO W. Clement Stone, who had found Hill’s philosophy to be of tremendous practical value not only to himself but to his insurance sales force.

As a result of Stone’s encouragement, Hill continued to teach his Philosophy of Personal Achievement as the Science of Success from 1952 to Hill’s final retirement in 1962. Their goal was to train a cadre of certified instructors to take Hill’s philosophy into the next generations.

In 1960, Hill and Stone co-authored “Success Through A Positive Mental Attitude”. Norman Vincent Peale himself (author of The Power of Positive Thinking) was inspired by Hill and Stone’s philosophy, stating “These two men have the rare gift of inspiring and helping people … In fact, I owe them both a personal debt of gratitude for the helpful guidance I have received from their writings.”

Napoleon Hill wrote a total of twelve books during his lifetime, including his most well-known Think and Grow Rich,  countless lectures and later radio and TV spots, and newspaper and magazine articles including his own magazines Hill’s Golden Rule, Napoleon Hill’s Magazine, and later Success Unlimited with W. Clement Stone and Og Mandino.

Many of Hill’s books, articles, and lectures are reworkings of the basic themes he first outlined in 1928, refined and expanded, and sometimes reordered with some principles being combined. His final version, used for his PMA: Science of Success trainings in the 1950’s, included a total of 17 Principles (see below). It was through Hill’s later association with W. Clement Stone that he came to consider A Positive Mental Attitude to be a crucial and central principle in the Philosophy of Personal Achievement, and the Science of Success.

Some of Hill’s books have been republished over the years in various versions, including by “co-authors” and editors who add their own perspectives, while frequently annotating and editing Hill’s own words to supposedly make them more understandable (and acceptable) to modern readers, eliminating many of the stories and examples cited by Hill, as well as cultural references now considered “offensive”.

Anyone seeking to understand Hill’s philosophy should endeavor to read as many of his books and writings as possible, in the original and in Hill’s own unfiltered words.

Generally this means you will need to look for vintage copies published prior to Hill’s death in 1970, and as close to the original publication date as possible.  In a few cases (as with Think and Grow Rich) some authentic reproduction editions are available, which purport to be complete, unabridged and unannotated.

The
17 Principles
of Personal Achievement
The Science of Success